I’ve been on Facebook for some years now. World’s favourite social networking site indeed has the feature set to support that kind of following. Clad in a blue and white crown, it has proven itself as the king of social networking. Talking to new people and existing friends, knowing who’s doing what and where and sharing personal events has never been easier. I know what my friend from school ate last night or where a friend of my friend went for vacation. I wonder how people survived without knowing these critical facts in pre Facebook times (pun intended). 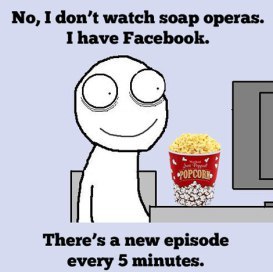 Of late, I’ve noticed a trend change on Facebook. My web friends are becoming cooler than ever. Some are dining at five star hotels while some post pics of their Gucci bags or Armani goggles. It almost feels as if no one is living the mediocre life anymore. Everyone is having a blast. Facebook is flooded with such posts these days. It has become more of a showcase. We handpick the best moments of our lives and put those up here. Then we sit back in hope of getting likes. As the count of likes increases, we begin to feel loved, popular and cool. On the other hand, I also know a few guys who have developed symptoms of depression. 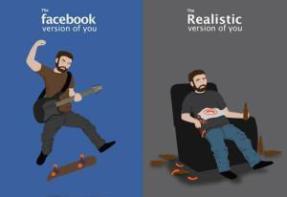 While Facebook is an addiction for most of the people, some have begun to loathe it for what it has come to. From a perfect social networking platform to a showcase of awesomeness, this transition has not gone well with a few. I happen to be one of them. Since I had been using less of Facebook these days, and had some spare time now, I was looking for options. It was then, when a friend of mine introduced me to Quora. He introduced it as a question answer website. Boring! I had already used Yahoo Answers and this sounded no where close to interesting. However, since I needed something to look at, I decided to try it nevertheless. On its homepage, I could see a lot of questions with answers; questions on diverse range of topics, and multiple answers on most of them. It looked quite familiar, and I was not impressed a tiny bit. Not yet.

For the sake of trying, I posted a question there, something related to Wikipedia. It was something which I already knew about, and I posted it only to check. I wasn’t expecting much. What triggered my interest was the first answer to my question. Someone had posted a very elaborate, nicely explained answer to my question.  The answer had so many details that I wasn’t aware of. It occurred to me that I actually didn’t know much. I was surprised. When I looked at the details of my answerer, I was shocked. Again. He was none other than Jimmy Wales, the founder of Wikipedia himself! How often is it that some one as famous as him answers your question! This was enough to spark my interest.

It’s been three months since I’ve been using Quora now. This period has allowed me to understand the website and its ways.

Given all the amazing features I just talked about, it’s actually pretty hard to get off from Quora, once you start. You get to hear straight from experts, among others. It’s definitely worth a try, don’t you think? Of course, you don’t get to share your daily or hourly updates, only your knowledge. You don’t get to know who had lunch where, but you might get to know some facts about your favorite field. It’s not another Facebook.

Quora and Facebook, as you may have already guessed, are two entirely different things. Both are, perhaps, champs of their own worlds.I am not against Facebook, and in no way, suggesting to shut your Facebook account and move to Quora. What I do suggest is to take out some of your Facebook time and try out the latter. I believe they can go hand in hand with each other. You might be in for a surprise. You might just meet your favorite pass time to be. Who knows!

Someone had cleverly attempted to highlight the difference between these two. Here’s what he wrote.

Go check it out today. Don’t forget to share your personal experience and opinions in the comments section below.

Here’s some more on how people have benefited from Quora.